Watch as Coach discusses issues and fixes for goalie play. Dropping the hands is common and he suggests starting the hands lower and dropping the hips. With false steps, make sure the goalie has the proper stance and when defending shots to the stick side, make them put all the weight on the opposite foot. Stepping sideways can be corrected with the alley drill and rapid-fire drill using tennis balls with two shooters. Sweeping is a hockey mentality that many goalies use but is incorrect as they must get the head of the stick to every shot. Emphasis should be on the left hand always moving up and not out.

Video of the Month! Targeting Goalie Fundamentals in a Three-Phase Warmup with Kyle Turri – Hobart College 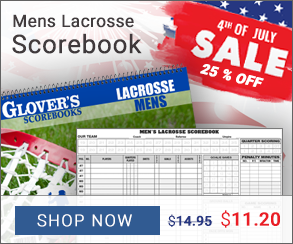